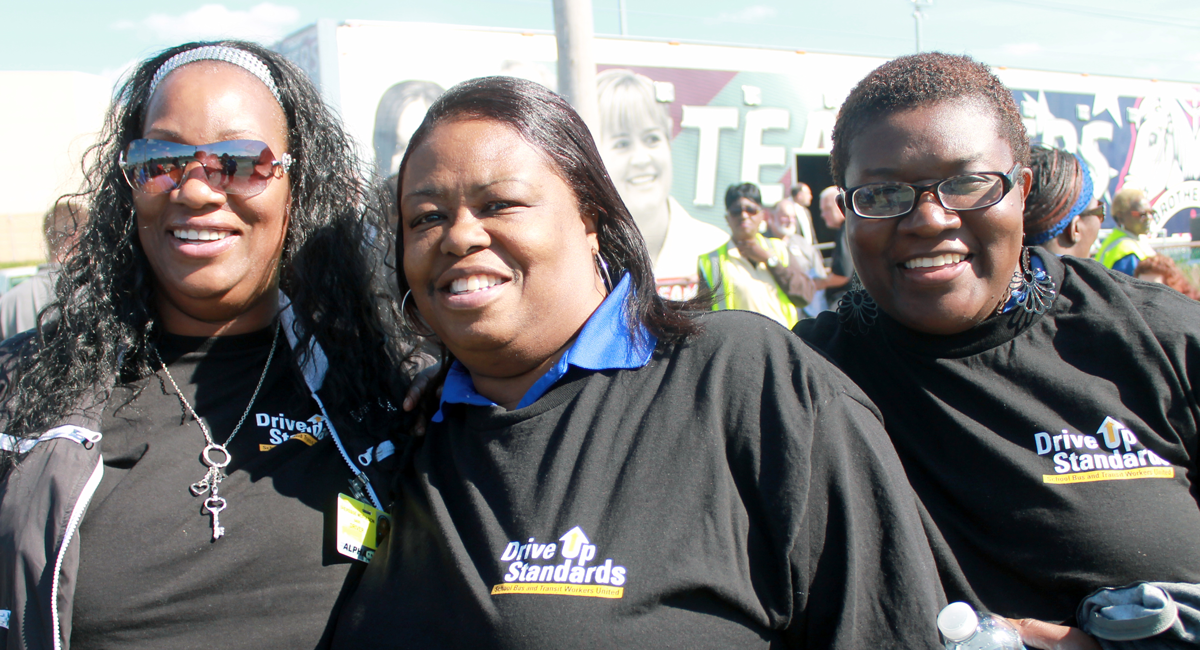 Big Business spends big money in Washington to influence members of Congress and push their anti-worker plans. They outspend working families on politics by more than 15-1.

Through grassroots political action and aggressive lobbying on Capitol Hill and in State Houses and City Halls across America, Teamsters have stopped some of the worst attacks on working people.

Big Business, however, is pushing their agenda harder than ever. That means we have to fight back stronger than ever. We have to move forward with our own programs, like improving job safety, fighting for affordable childcare, and stopping abuses by corporate health providers and insurance companies.

You can take a stand for working families by contributing to DRIVE, the Teamsters’ political action committee. Your contribution will support grassroots action by Teamster families to stand up to Big Business interests.

Your membership to DRIVE will also help elect political candidates who care about working people.

Contributions to DRIVE support a wide range of Teamster activities:
Keeping members and their families informed on the key issues that affect our future, including voter guides that show the records of our Senators and Representatives in Congress Rallies, news conferences, advertisements, and phone banks to build support on issues of concern to working people Voter registration and financial support for political candidates who will stand up for working families. DRIVE is non-partisan and independent from any political party.