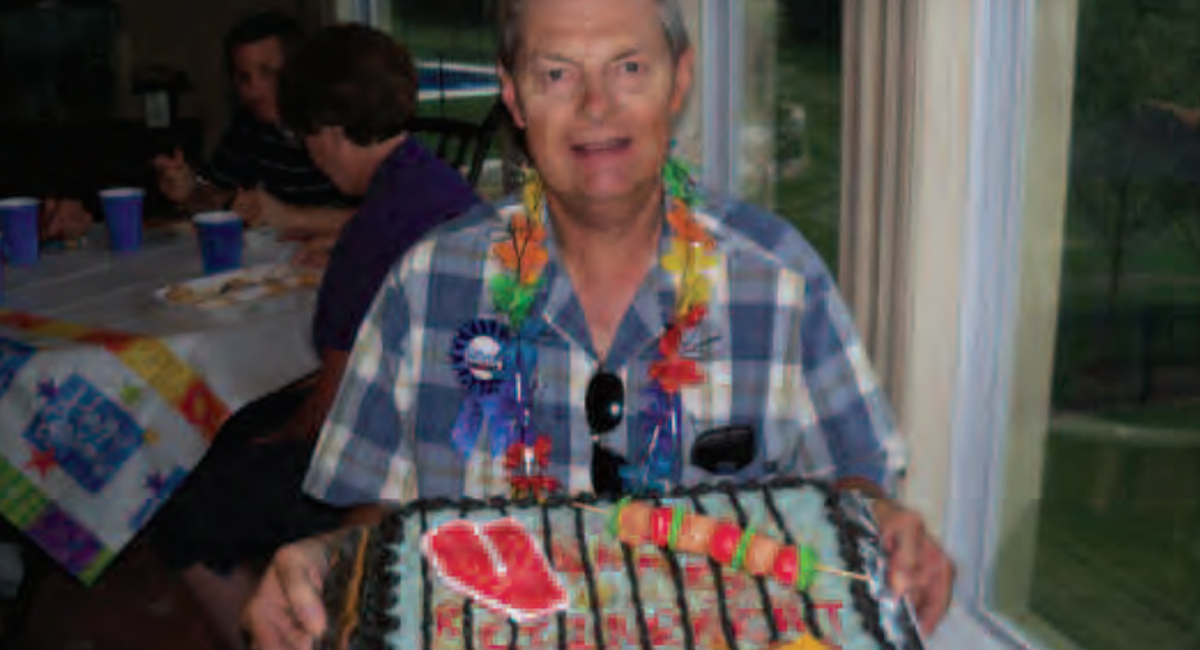 Gary Evans of Winchester still remembers the exact day he found out – October 20, 2010.

“Throat cancer,” said Evans, who had worked more than 23 years as a package line operator at Nestle by then. “I was never a smoker.”

He immediately started treatment and kept working. The treatment worked and in May, Evans was declared cancer-free. But the close call got him thinking.

“I was working 12-hour shifts and every other weekend. Having cancer makes you realize what’s important.”  -Gary Evans

“I was working 12-hour shifts and every other weekend,” said Evans, who ran a filler machine, putting Coffeemate into containers. “Having cancer makes you realize what’s important.”

So, in July, 2011, Evans called it quits. It was his 64th birthday. He capped a career that not only included Nestlé, but also 13 years simultaneously working as a farmer. In fact, while farming full-time, he worked the night shift at Nestlé. He still lives in the farmhouse but won’t be going back to the corn and bean fields now that he has more time.

“I’m tired,” Evans said with a chuckle. He currently rents out the farmland, although you can still find him doing a few chores during the day, mowing and clearing brush.

There’s still time for fun, though. Evans and his wife just returned from a trip to celebrate their 40th anniversary. The couple’s two children also provide vacation destinations.

Daughter Laura, who works in insurance and real estate, lives in Kansas City with her husband and two children, Logan, 6, and Alaina, 3. Son David, a printing press operator, lives in Gastonia, North Carolina, with his wife and son, Aiden, 4. Evans said retirement hasn’t been a rough adjustment at all.

“I won’t miss the 12-hour shifts, but I will miss the people,” said Evans. “I made a lot of good friends there.”

From the President: No More Tragedies!
Gary Brenizer Retires With Plans In Mind