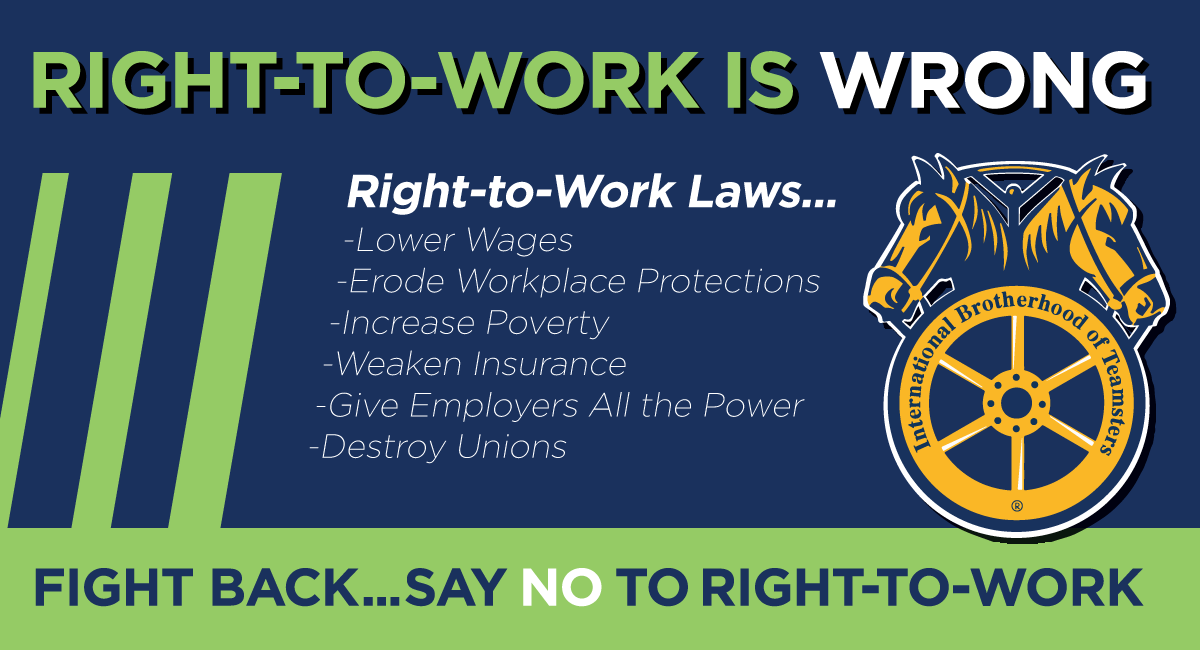 The U.S. Court of Appeals for the Seventh Circuit on Tuesday, March 21 protected the right of Teamsters Local 916 to collect fair share fees and dismissed a challenge brought on by the Right-to-Work Coalition.

Circuit Judge Richard Posner dismissed the Coalition’s case filed on behalf of Local 916 fair share member Brian Trygg and another worker. Judge Posner declared that Brian Trygg already had a full and fair opportunity for his case to be heard and that “he missed his chance” to argue that fair share fees are now unconstitutional. The other plaintiff’s case was dismissed as the U.S. Court of Appeals cannot overrule the U.S. Supreme Court’s decision in Abood.

Previously, Trygg objected to paying fair share fees to Local 916 based on personal religious beliefs, though he was still afforded the benefits and protections of a Teamster contract, including a merit incentive bonus program with his employer. The plaintiffs, through the Right-to-Work Coalition, sued the Teamsters and AFSCME to avoid paying their representational fees.

“It would be inherently unfair for unions to be legally required to negotiate fair wages and working conditions, and to provide representation on grievances and arbitration on behalf of employees who do not wish to share in that expense.”  –Carl Draper, Feldman Wasser Attorney

A 1977 ruling by the U.S. Supreme Court has held for 40 years that unions are entitled to charge a fair share for work performed to represent individuals who choose not to become full dues-paying union members. Fair share fees are essential to negotiate and enforce a collective bargaining agreement, litigate grievances on behalf of members, file unfair labor practice charges and manage all other employment-related matters.

“The Seventh Circuit has very directly focused on the legal rights of parties before it. In particular, it recognized that parties are required to make all of their arguments in claims that they file and not try to split them into multiple suits,” said Attorney Carl Draper of Feldman Wasser on behalf of Local 916. “No one is allowed more than one bite at the apple and plaintiff Trygg had his day in court as this opinion affirms.”

“Any effort by Mr. Trygg or the Right-to-Work Coalition to pursue further appeals to the Supreme Court should recognize that there is now no viable claim against Local 916,” added Local 916 Legal Counsel JP Fyans.

“This decision applies well-established law that employees who get all of the benefits of union representation should pay their fair share of the costs of the union negotiations and representation,” Draper said. “It would be inherently unfair for unions to be legally required to negotiate fair wages and working conditions, and to provide representation on grievances and arbitration on behalf of employees who do not wish to share in that expense.”

“Absolute and Without Exception”
“Grave Threat” to Public Unions Looms